Ok so this is a bunch of pictures that I think are cute of the kitties that I don't think have ever been posted before. I haven't really had a chance to get back into visiting yet (amazingly work has gotten worse - 2 guys have quit since my last post) but I wanted to at least post some pics in the mean time, 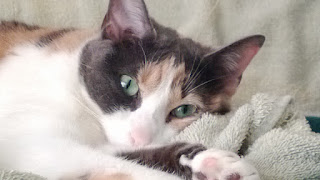 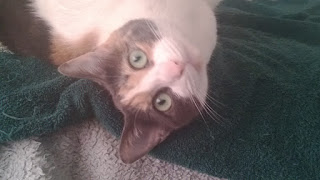 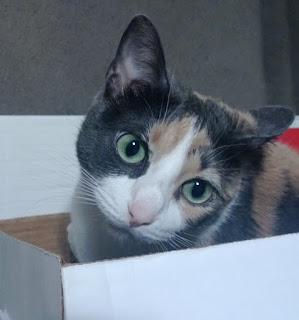 Stella in a Box 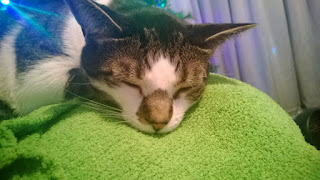 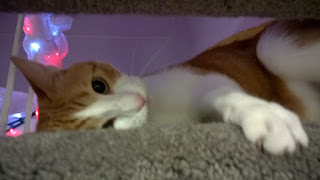 Gus playing on the stairs 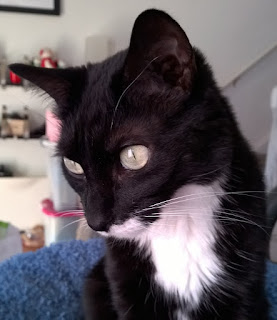 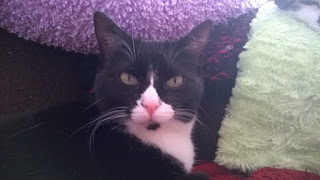 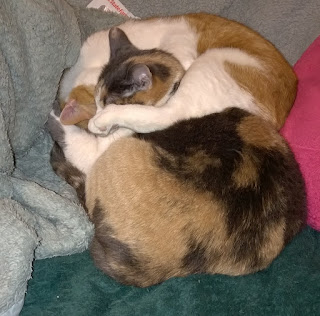 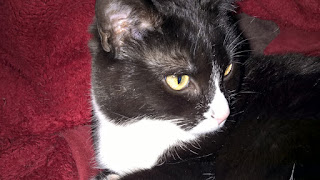 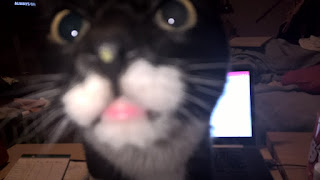 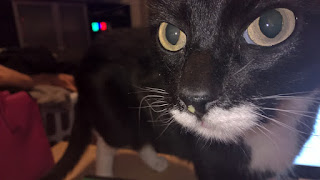 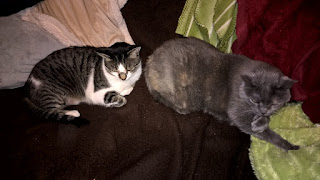 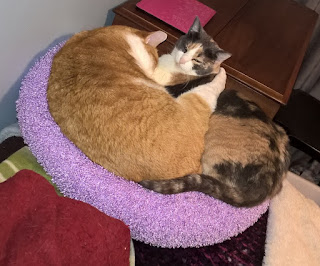 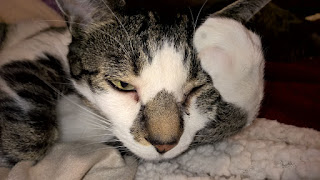 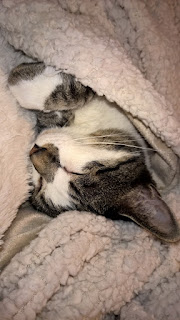 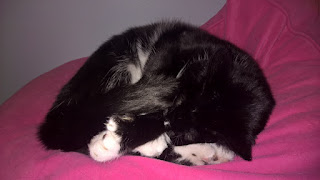 Can you guess which tuxie cat this is? Virgil or Trixie Belle?

All of you are so cute! Thanks for sharing these terrific photos. We hope work improves at some point. It sounds dreadful. :(

We think (well, it's a total guess...) the tuxie is Trixie Belle

I love the photos - and that kitty must be Trixie Bell because I think I see a touch of white on her nose!

Love love love all the pictures! They are all so cute!! I think the mystery tuxie is Virgil. The fur is longer, no? So good to see you all again!

Yeah, you're back! They are all so cute--and we still can't get over that Sadie looks a lot like Stella. We guess it's Trixie because she has white on her chin and I maybe see a little of that? That's a hard one!

Those were all so cute and Barney gave me the giggles!

that snuggling leg thing is adorable!!

Great pictures. That is Trixie! Glad you are coming back. I have been away a lot, too. I hope with fall coming on, I will be home more and now that I got a new computer, I hope to get back in the swing!